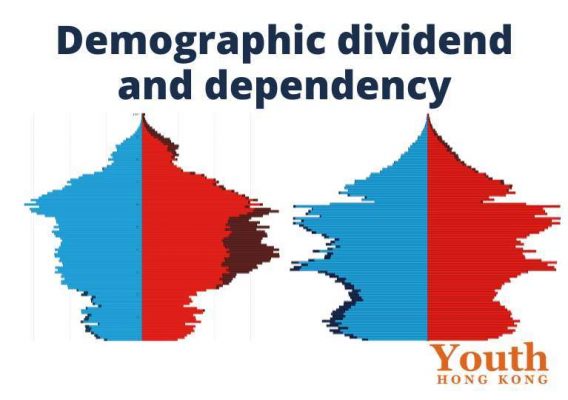 How does ageing and the dependency ratio in Hong Kong and mainland China compare with other economies?

By 2033, elderly people in Hong Kong will amount to 30% of the population. An ageing population is common in developed economies. As economies become knowledge-based, we usually see a fall in the fertility rate as well as a rise in life expectancy. Societies need resources to take care of the old but as the proportion of elderly people increases, fewer people are working to support the economy. This may create a secular or long-term slowdown of the economy.

By 2050, the proportion of people in mainland China over retirement age is forecast to be 39%.1 What problems does the country face?

While the proportion of elderly people in Hong Kong is set to double in a period of just 20 years, mainland China has a somewhat different problem. It has used up its population dividend2 and given the size of the country, it cannot rely on immigration to fill the gap. The one child policy speeded up its ageing process and the working population has already passed its peak. The low fertility rate3 indicates that this trend will continue.

The demographic dividend is the economic growth potential that can result from shifts in a population’s age structure, mainly when the share of the population aged 15 to 64 is larger than the non-working-age population aged 14 and younger, and 65 and older.

What about other parts of the world?

Economies in Europe and America are facing the challenge of population ageing too, but not to the same extent. The share of elderly persons in Australia, Canada, the UK and the US is projected to stay below 30% until at least 2063 whereas in Italy, the elderly population is projected to reach 30% by 2032.

On the other hand, 30% of Japan’s population will be elderly by 2023, ten years earlier than Hong Kong but by 2039, Taiwan, like Hong Kong, will have doubled its share of elderly population over a period of 20 years.

Hong Kong has one advantage. While the governments in other economies are in debt, the Hong Kong government has a fiscal reserve of more than HK$800 billion as of July 2021.5 Hong Kong also does not have a large-scale pension system and so the fiscal burden should be less than elsewhere. Whether it can handle the expenditure needed by the ageing population is a function of the quality-of-service Hong Kong society is prepared to pay for to support people in retirement, but it also depends on its economic growth.

How have decisions about careers changed in the past decade and do you think they will have an impact on Hong Kong’s future growth and prosperity?

Education and training of the labour force in Hong Kong have improved over the years. At the same time, advances in technology have increased demand for skilled workers. The share of openings for white collar jobs has increased relative to that for blue collar jobs. Overall, there is better productivity, but inequality has also increased in parallel as the gap between the skilled and unskilled has widened.

Nevertheless, there are already economic incentives to work in the silver economy. Baby-boomers have good savings. As they get older and retire, they will demand services such as long-term care. When this demand is sufficient, there will be more jobs and solutions available to improve retirement lives.

Should retirement age be more flexible in Hong Kong, given that life expectancy for men and women respectively is projected to be 87.1 and 93.1 by 2066?

Life expectancy for men and women here has already increased to 83 and 88 respectively so they have on average 20 years in retirement. The retirement age should be raised to a minimum of 65 universally and women should work till they are 70 since they live five years longer than men.

A 60-year-old retirement age was set when life expectancy was shorter. Now the retirement problem is that many can’t save enough in their working years to support longer retirement lives. Working longer helps alleviate this problem. People who want to retire earlier can. It will always be an option.

What kind of retirement protection plans do you think will suit Hong Kong best?

A pension that kicks in immediately on retirement without contributions would burden the younger generation. They would have to pay for the huge retirement expenses of baby-boomers while having to save for their own needs. This would create intergenerational inequity.

Hong Kong has a low tax, low welfare regime and given the Chinese habit of saving, some elderly people have accumulated substantial assets for retirement. None of today’s elderly planned for or paid into any public pension scheme, and there is a lack of established institutions to redistribute wealth from the rich elderly to the poor elderly. Those who can take care of themselves should do so and not be covered by a welfare system. That would be inequitable.

A pension system that provides for the poor elderly seems to be a fair choice. There is already a means-tested Higher Old Age Allowance which provides a larger monthly cash payment than the basic Old Age Allowance. Whether it should be further expanded is a question of societal consensus because society bears the cost.

Deciding to have children means a lifestyle change as well as taking up a responsibility. It is a question of what kind of life one wants to live and involves an overall perception of wellbeing. Governments in other countries have tried pro-natal policies and found they don’t work well. Furthermore, there is an ongoing debate about the morality of pro-natal policies that encourage couples to give birth.

Studies suggest that it costs several million Hong Kong dollars to raise a kid. This does not even count the opportunity cost incurred by a parent quitting his or her job to raise the kid. I do not think the government is willing to provide a significant portion of costs in order to encourage fertility. Any financial incentive for having children will be insufficient and not to the point. The cost – including the opportunity cost – of raising children is far higher than any incentive the government could provide.

If the birth rate stays low and life expectancy increases, how do you think intergenerational equity can best be maintained?

A person aged 60 is no longer considered inactive and unhealthy. Older people should be encouraged to stay in the workforce longer, either formally through an increase in retirement age or informally. Labour insurance and labour law should be reviewed to reduce age discrimination by employers. With technology and improved workflow and design, some forms of manual work and less demanding forms of work can be done by the elderly. A longer working period is likely to increase saving and thereby reduce the reliance on redistribution from the younger generation. The culture of volunteering should also be encouraged so that members of the silver community look after one another.

In the long run, investing in education and technology will also be important. After all, such investment will improve the productivity of the economy, enabling a smaller labour force to support a larger elderly population. Furthermore, gender equality in the workplace can increase female labour participation which helps increase the size of workforce. 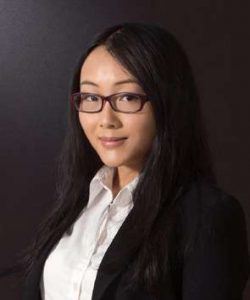 Vera Yuen’s central interests are political economy and public policy, particularly social policies. Now a lecturer in the Faculty of Business and Economics at the University of Hong Kong, she is a past participant in HKFYG’s HK200 leadership project and has been involved in public policy-making for housing, retirement protection and the labour market.