“Barriers between Hong Kong and the GBA, the Pearl River Delta as it used to be called, have been falling for some time, particularly where infrastructure and connectivity are concerned. Most established businesses in Hong Kong have strong links in the GBA. I think the next hurdles to overcome are the barriers between people and between the different regulatory environments and institutions.”

While he has no doubt that certain barriers will exist until the dynamic zero-covid strategy changes, Prof Low stresses that it’s already clear how far ahead of mainland China Hong Kong is on the road to post-pandemic recovery. He points out how very unfortunate it would be to jeopardize its recovery now. “It’s possible to prioritize the opening of the mainland border as a key policy goal. But, the sequence of opening up can be different from priorities. Hong Kong can and should open up to the rest of the world first and not wait any longer.”

There are lots of opportunities for job creation in ‘user-oriented’ areas in the GBA.

Prof Low is confident of the strengths that lie in Hong Kong’s distinctiveness when compared to mainland China. “The GBA is moving from low-end to high-end technology whereas Hong Kong has an established knowledge-based service economy.” While there are advantages of scale, given the geographical size of the GBA, Hong Kong can emphasize its breadth of skills and experience on an international level. By leveraging its unique advantages as a globally oriented financial and business services hub, it is possible to overcome some of the problems it faces, both in economic recovery and further integration with the GBA, he assures us.

When asked about sectors where youthful Hong Kong talent should focus, he says that careers in trade and logistics, financial services and other industries that are technology-intensive have appeal for many young people. He reminds us of the higher salaries that go with them. “The skills needed are increasingly tradable across borders and talented professionals in Hong Kong can build on this and develop a distinctive competitive edge vis-à-vis their counterparts in mainland China.”

New areas where they might also focus include ESG and design. “Hong Kong is well-positioned in these ‘sunrise’ industries, especially ESG which requires businesses to reengineer their strategies related to environmental, social and governance objectives. Architectural and product design are two other strong points,” Prof Low says. “There are lots of opportunities for job creation in these ‘user-oriented’ areas in the GBA.” Innovation in Hong Kong high-tech business platforms such as Lalamove and Klook point the way.

Where financial services are concerned, he thinks there is definitely scope for technology disruptions that could benefit consumers. “There is some complacency in the traditional financial services sector, but the rise of virtual banking might mean that this sector will see more competition instead of being dominated by the same few players.”

Zero-covid has not yet destroyed Hong Kong’s appeal, nor its unique blend of economic advantages.

Looking at the wider context of today’s troubled world, Prof Low reflects on the fragmentation of globalization. “Trade is likely to become more regional and even local as a result of the US-China trade war, global supply chain disruptions during the pandemic, the war in Ukraine, and a general disillusionment with globalization in much of the developed world.” These have amplified pressures on governments and corporations to ensure diverse sources of supply, and in some cases, to pursue self-sufficiency in some critical goods and technologies. “That’s not necessarily good news for Hong Kong which has always been relied on the free flow of goods, services, capital, and people across borders.”

As a result, he says the opportunities offered by regional integration in the GBA will become even more important for Hong Kong and its talented younger generation. “The pandemic should have told us how important it is not to ‘put all one’s eggs in the same basket’,” as the saying goes. Prof Low goes on to emphasize that trade is not a zero-sum game. He uses the massive growth in volume of exports from mainland China as an example, and says that despite the recent slowdown, Hong Kong’s role as an entrepôt has continued to grow in absolute terms, despite the emergence of competition from new centres of economic dynamism in the country. “As long as the overall pie is getting bigger, Hong Kong should not worry too much that its share of the pie isn’t growing,” he says.

Still, the current slowdown in the Chinese economy as a result of zero-covid is creating numerous problems, not least with global supply chains. The regulatory crackdown on consumer-facing technology platforms has also has also caused an erosion of confidence in the sector’s ability to create more good jobs, Prof Low says, “especially since talented young people in China previously saw it as an attractive career prospect.” Prof Low also highlights the problem of neijuan* that young people in China struggle with, saying that it has “created anxiety and a sense of disillusionment that people have to work longer hours in tough jobs just to maintain their relative positions.”

“In such an environment, the competitiveness of Hong Kong youth lies in their ability to work smart, their expertise in the areas that Hong Kong is strong in, and their familiarity with the international system and the rule of law,” Prof Low emphasizes.

Asked about the ongoing attractiveness of Hong Kong for young people as a place to work and live, Prof Low was upbeat. “The city can still maintain its prominence and appeal as China’s most globalized and globally-oriented city, especially for young professionals. I don’t agree with those who have written off Hong Kong.” On the contrary, he says, Hong Kong still has that big city international draw that has always attracted young, mobile talent, even in comparison to its perennial rival in this part of the world, Singapore.

“Zero-covid has not yet destroyed Hong Kong’s appeal, nor its unique blend of economic advantages, he says. “But what is needed now is a strong signal from the new Chief Executive, that Hong Kong will open up soon to the rest of the world.” 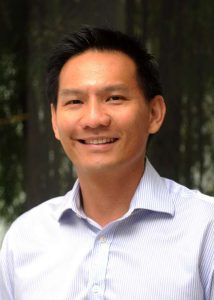