Seeking direction for a new start 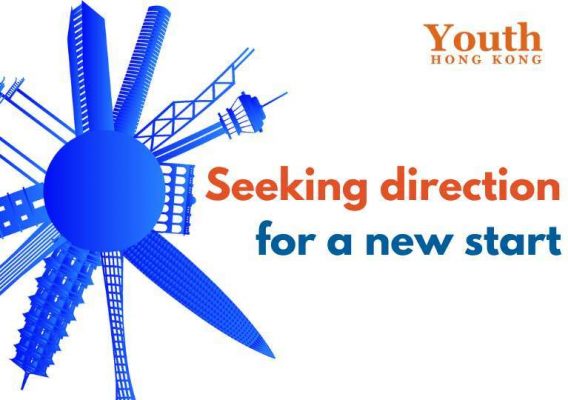 Advice to young people about making life pathway decisions is never simple. At a time of great uncertainty, when is the best time for them to decide whether to make a move?

Whether to the Greater Bay Area (GBA) or beyond, nowadays, any decision on making a new start involves taking in the macro view. In Hong Kong, it includes an appreciation of ambitious infrastructure projects for two new metropolises within the territory, complete with new roads and railways. Once this is achieved, Hong Kong may offer more opportunities but will also be within easier reach of the ten other cities of the GBA: Macao, Guangzhou, Shenzhen, Zhuhai, Foshan, Huizhou, Dongguan, Zhongshan, Jiangmen and Zhaoqing.

The massive project of the GBA involves the creation of a new economic powerhouse. The two new Hong Kong metropolises are envisaged on a matching scale. The Northern Metropolis is to cover 300 km² in the northern New Territories. This is destined to be an innovation and technology hub. There is also to be a so-called San Tin Technopole of 150 km² near the Lok Ma Chau Loop devoted to healthtech.

The so-called “Harbour Metropolis”, on the other hand, is to include the existing business centres of Hong Kong Island and Kowloon as well as the new artificial islands in the “Lantau Tomorrow” plan. However, the SAR government’s vision of the Northern Metropolis alone will take 10-15 years to realize and includes massive funding of HK$100 billion, an amount mentioned in this year’s budget address but already considered unlikely to cover costs. The upside of both metropolises being the promise of big housing development projects and more jobs, natural attractions for youth looking towards their future.

In the interim, the strict covid-19 border restrictions will surely be lifted. However, this is not expected to happen soon, so it’s no wonder if there is a certain lack of immediate positive response and optimism among the younger generation for moving to the GBA. Surveys reported elsewhere in the issue reveal the extent of reluctance even though a minority who have already been persuaded of the wisdom of relocation are confident they will be competitive in the GBA job market. Such news is certainly be welcome, with unemployment in Hong Kong already at over 5%.

The scale of the GBA is undoubtedly enormous. Compared with New York, San Francisco and Tokyo, its 56,000 km² of land and population of 86 million are vast. For this reason alone, Hong Kong’s youth would be most unwise to ignore the opportunities it can offer, whether relocation is attractive or not. After all, covid-19 has changed the business world forever by making online meetings and mobile working the norm so moving home is not inevitably involved in mainland-based employment.

Nevertheless, young people may well ask whether they really need to move to the GBA to benefit. Five years since the signing of the framework agreement for GBA development, there have been schemes, subsidies, internship and exchange programmes sponsored by the government and interest groups. Yet, excitement and enthusiasm for the GBA are still missing.

There are certainly psychological barriers to overcome and many reservations about salary differentials, high tax rates, media censorship and sociocultural differences. Furthermore, at a time when the city’s leaders are hard-selling the advantages of the GBA, the past strengths of Hong Kong can no longer be taken for granted.

In Hong Kong’s closest rival, Shenzhen, the local government is focusing on attracting talent. Shenzhen transformed itself from an area of agricultural villages into a major world port that is now home to some of China’s leading technology, finance, real estate and manufacturing companies, posting at least 20% annual economic growth over the last four decades. The Qianhai International Talent Port opened in Shenzhen this year but in the first quarter of this year, growth was a mere 2%. The slowdown has made it harder to find jobs in a city where the average resident is aged 34.

With ten million graduates leaving China’s universities this year, and a youth unemployment rate of 11%, Hong Kong young people recognize the competition they will face in the GBA. For them to meet the challenge of looking forward to a new start anywhere, they will need to face up to their wider context. They may well look abroad, to Southeast Asia and beyond, but for many it will mean hoping for a brave new world, not only in the GBA but further north in mainland China. For the majority, however, it will probably be a case of hoping that Hong Kong’s own big infrastructure projects will provide for their needs.