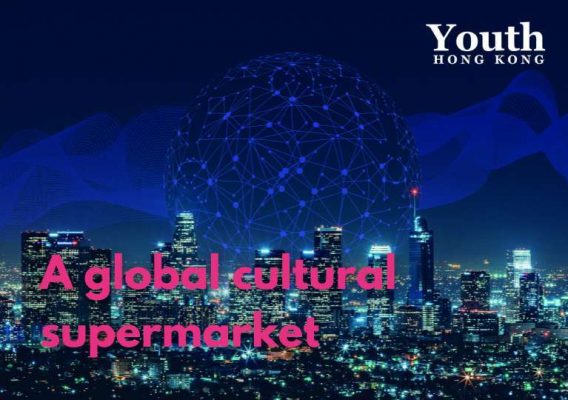 YHK You use the phrase “global cultural supermarket”* to describe the environment in which today’s young people live. Can you explain this concept?

GM Imagine walking around the supermarket. You can pick and choose what you like from the shelves. I use this image to paint a picture of young people in Hong Kong. Many of them are able to choose what to do with their lives. There is a multitude of opportunities available to them.

When they ask, “where should I go?” or “what should I do?” they can look around and choose different options, both overseas and locally. This is true despite troubling recent experiences here. It is also true that we are at a time when they can’t foresee the consequences for Hong Kong’s future. Nevertheless, they have big advantages, including good English and a cosmopolitan outlook.

For example, I sometimes hear from past students who are making the world their home – for them it’s like a “global supermarket.” One of them is a journalist in New York, another is a model in Barcelona, a third is in banking in Beijing. These are not just young people who come from privileged backgrounds; they are typical university students.

YHK Young people here have tended to see themselves as having a distinct cultural identity. Do you see an erosion of this identity?

Where will Hong Kong’s new sense of identity come from?

YHK Do you think that a specific Cantonese pop culture can survive despite politics? Film or music, for example?

GM You can’t leave politics out of sense of identity whether it rests on pop culture or not. Instead we can ask where will Hong Kong’s new sense of identity come from. I ask my students this question. Some of them believe that there are elements of Hong Kong culture that will survive, such as creativity or design. And of course, Hong Kong has its own linguistic identity. But there is definitely also uneasiness among those who think that Hong Kong will become just another Greater Bay Area city.

YHK While Hong Kong transitions into a more integral part of the nation, what do you think are youth’s biggest hurdles?

GM In the immediate context we see the hurdles in two different forms of government, both of which have validity and both of which have problems. Hong Kong young people like freedom and they see freedoms being limited in China, whether in terms of access to the internet or in other ways. The younger generation here has become used to a much greater experience of freedom and, of course, they do not want to see that reduced at all. There is also an inherent cultural prejudice towards mainland China among Hongkongers. This is a big problem which became especially apparent during the protests.

Let me illustrate this with my own life story. 20 years ago, I asked colleagues and students if I could ever be considered a Hongkonger. They said no! How could I be? I was not Chinese and spoke little Cantonese. However, that has changed. I would say that nowadays the “ethnic other” is not seen so much as a western expat or a person belonging to a South Asian minority group. Instead, it’s a mainlander.

Will it become like Singapore or Beijing? Or something else entirely? I don’t think we have any answers.

YHK Against that background, which soft skills do Hong Kong youth need to develop most urgently if they are to be sensitive enough to differences and improve intercultural understanding, particularly vis-à-vis mainland China?

GM To answer that question, I think we first have to ask what kind of city will Hong Kong become? Will it become like Singapore or Beijing? Or something else entirely? I don’t think we have any answers. We will have to wait and see if the new government is able to forge a sense of unity through communication with the people.

YHK If unity depends on good communication and that depends on sensitivity, do you think Hong Kong youth need most to develop awareness of others and greater sensitivity to the ways others think?

GM Young people here have begun developing a sense of cultural sensitivity. To acquire sharper awareness involves listening carefully as well as talking. Many misunderstandings can be seen among the city’s Chinese population as well as across generations. You saw that happening during the protests where the police and the protesters were in opposition. But yet, at the same time, communication at a certain level was possible. I heard of a family where the father was a policeman and the son was a protester. They couldn’t talk about what was happening outside but each time, before they left home, they told each other to be careful.

Communication is essential for overcoming differences, whether they are cultural or generational. I would say this is especially so for young people. The fact is that trust in authority depends on good communication and we have seen that trust being lost in Hong Kong. It has to be regained or the exodus of Hongkongers will continue. This is not just about a generation, it really is for everyone.

YHK What hopes do you have for Hong Kong’s future?

GM What I hope is that a critical form of patriotism will develop in Hong Kong youth. China has made extraordinary progress. There are real reasons to be proud of China. At the same time, without a greater degree of openness in China, many young Hongkongers will not warm to it. Two-way communication is surely possible to overcome prejudice and achieve reconciliation. I hope Hong Kong will continue to be a vibrant space that makes its own unique contributions, not just within China but in the world as a whole. 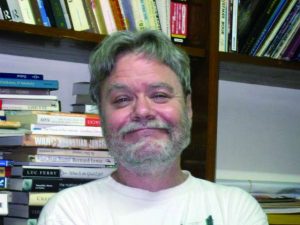 Prof Gordon Mathews of the Chinese University’s Department of Anthropology has published articles and books about the global cultural supermarket and the meanings of culture today, about what it means to “belong to a nation” in Hong Kong and elsewhere.