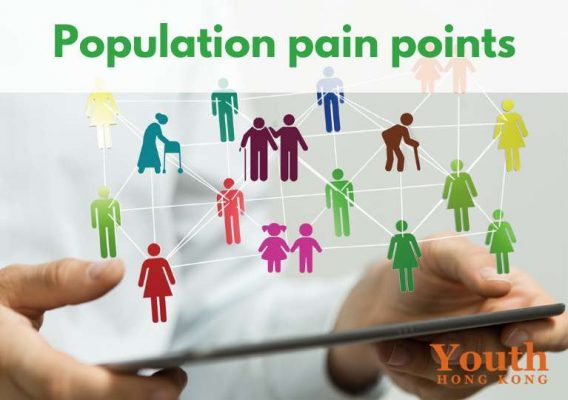 The speed of population ageing in Hong Kong depends on several factors, says Prof Stuart Gietel-Basten, including the interplay between social change, population trends and public policy. “Social values have changed. An increasing number of women give birth late, if at all, and an inadequate pro-child policy does nothing to encourage them.” This contrasts with Europe where, as he points out, “the majority of first births are now outside marriage. Getting married is not seen as a boundary to child-bearing whereas here the link between childbearing and marriage is a big sticking point. In Europe you can try things out before marriage.” Here, there is a high rate of postponed marriage and many women never marry or have children.

An increasing number of women give birth late, if at all, and an inadequate pro-child policy does nothing to encourage them.

Although Hong Kong differs markedly, similarities exist in other areas, conventional gender roles for example. “The burden of looking after elderly relatives as well as child-raising still falls on the shoulders of women and there is a disproportionate effect on the opportunity costs they bear as a result.”

Prof Gietel-Basten’s research involves interviewing many women in East Asia. “They all say they quite like the idea of having children but don’t want a husband or a mother-in-law to look after.” Penalties involved in having children in Hong Kong are the same as in Singapore and Japan. This is partly due to the inflexibility of school systems and the lack of adequate government-supported childcare provision compared to other parts of the world.

Housing is another sticking point, given the size of Hong Kong flats, the expense of buying a suitable home and the need for and cost of childcare. “It’s not all about money,” he continues, “it’s about dignity.” Women work hard at school to get good results, go to university and get decent jobs. “Their identity is invested in all this so if there is no support for having children from employers, what do you expect?” he asks.

They all say they quite like the idea of having children but don’t want a husband or a mother-in-law to look after.

The answer to that question is fertility decline. Hong Kong has had one of the lowest fertility rates in the world for some time and because of Covid-19 and social unrest, it has dropped even further in recent years.

The replacement rate for any population is 2.1. This means for population numbers to stabilize, every woman of child-bearing age must have a notional 2.1 children, Prof Gietel-Basten explains. “We use total fertility rate (TFR) for the purposes of comparison and at present our TFR in Hong Kong is just 0.9.”

“Think of it like this,” he continues. “To get a replacement rate of around two children per woman, for every woman who has one baby, another woman needs to have three babies. However, if one woman has no children, another needs to have four children.” This is the only way to achieve a stable replacement rate, and yet, as he points out, “You don’t see many families with four children walking around Hong Kong, do you?”

Hong Kong is not alone. The number of women of childbearing age in mainland China has gone down by 40m in the last 10 years and will drop by another 60m by 2050. Economies change as demographics change multiplying problems. “If your economy relies on cheap labour and there are fewer people, labour costs rise. What happened in Britain 100 years ago only took place in Shenzhen in the last decade or so.” By comparison with China, Britain is ageing much more slowly though problems with its pension and public health systems are looming. “Hong Kong has no equivalent to UK’s established pension system so it may be easier to reform institutions here.”

Imagine this scenario, the professor says, offering a glimmer of light. “A million people are aged over 70. Let’s pretend that the average age at which they will begin to need expensive health care and health services is also 70. In future, however, there may be 2 million people over 70 but the average age at which they will need those services is 80. The boundary will have been pushed back, so even though the numbers of elderly double, the level of need remains the same and so the situation doesn’t get worse.”

Taking the analogy further, he points out that most Hong Kong over-80s today had much less access to education compared to the generations that followed. They also had to work in harsh conditions with poor medical and health care. Comparatively, the over-80 Hongkongers in 50 years’ time will be well-educated. They will have had relatively good health care most of their lives and many will have good jobs. “Even if there is no change in the level of elderly care, they will probably be better off than the over 80s today.”

Asked how best to prepare, he says the pain points have to be addressed and the first of these is elderly poverty. “The solution is a universal, non-contributory social pension.” There are two main challenges to achieving this. A very conservative fiscal policy which is resistant to what is seen to be “giving out money” needs to change. An acceptable definition of poverty needs to be found that takes into consideration both liquid and non-liquid assets. Moreover, there is the need for diversified income protection beyond MPF.

The second pain point is lack of available care for ageing at home. “Urgent challenges to overcome are the training and supply of suitable migrant domestic workers, especially when worldwide demand is only going to increase.” The last pain point is the problem of poor health in old age.

In practical terms, this means that young people will need to plan for at least 30 years after they retire. “The majority of today’s young females will live till they are 100.” There will be very few jobs for life and they will have to pay for all their needs after they stop working. During adulthood, these women will have been relatively well-off compared to their grandparents. “Being retired with no income will come as an emotional as well as a financial shock.”

Being retired, with no income will come as an emotional as well as a financial shock.

To meet these challenges, the professor suggests, “First, we need adaptation: doing what we can today to improve life for the elderly. Second, we need mitigation to ameliorate difficult aspects of life as an elderly person. Third, we need to build resilience in order to make the future more sustainable.”

Adaptation and mitigation, including a decent pension scheme and more effective retirement savings schemes, should be the government’s responsibility. “That would be fairer to the sandwich generation, those expected to look after their own parents as well as have families of their own.”

Reform of child care support policy for women who want to have children is the other part of the equation. “Now, we depend on a plentiful supply of migrant domestic helpers but as we have seen during the pandemic, that is not sustainable.”

Building resilience is a task for today’s younger generation. “Even though 21-year-olds are not interested in savings and pensions, the earlier they start thinking about them, the easier it will be.” Their biggest challenge will be saving enough. “Save as much as possible. I’m not saying you shouldn’t enjoy life but there needs to be something in your budget every month for when you retire.” It’s a scary prospect. 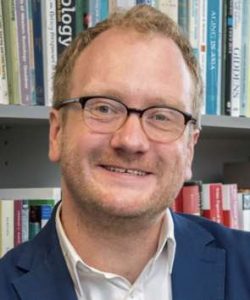