Tackling rugby and winning against the odds 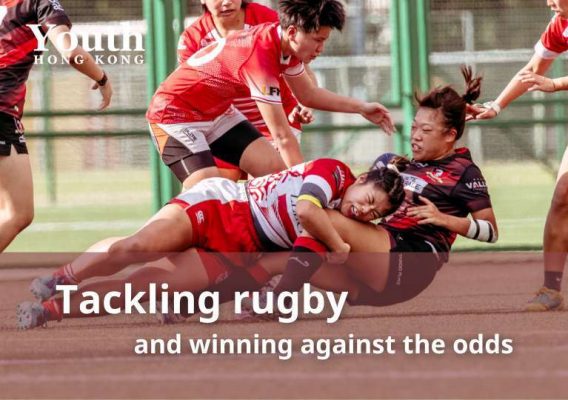 Founded in 1987 by a small group of Eurasian and local Chinese including former Chairman, John Greene, Gai Wu’s goal has always been to promote rugby to local Hong Kong Chinese people. 「Back then, we as Chinese players would achieve victory against the bigger expat teams by using our teamwork, strategy and speed,” says Vice-Chairlady Fei-mei.

Against the odds, Gai Wu became the first all-Asian rugby club to get membership of the Hong Kong Rugby Football Union which now fully supports it as a premiership club. Getting recognition was important, but what mattered most, says current Chairman, Andy Pong, was playing, not just competing. “Our culture focuses on playing the game as a team, supporting each other as a family.”

In sport, people discover qualities such as respect for others and teamwork that they cannot learn from books.

“Playing definitely comes first,” Andy continues, as well as finding out what you are good at. “In sport, people discover qualities such as respect for others and teamwork that they cannot learn from books.” Andy learned from experience, having been sent away to a tough Scottish boarding school as a rebellious teenager. Did the overseas schooling work out well? “It let me discover my passion,” he says, “playing hockey and rugby.” 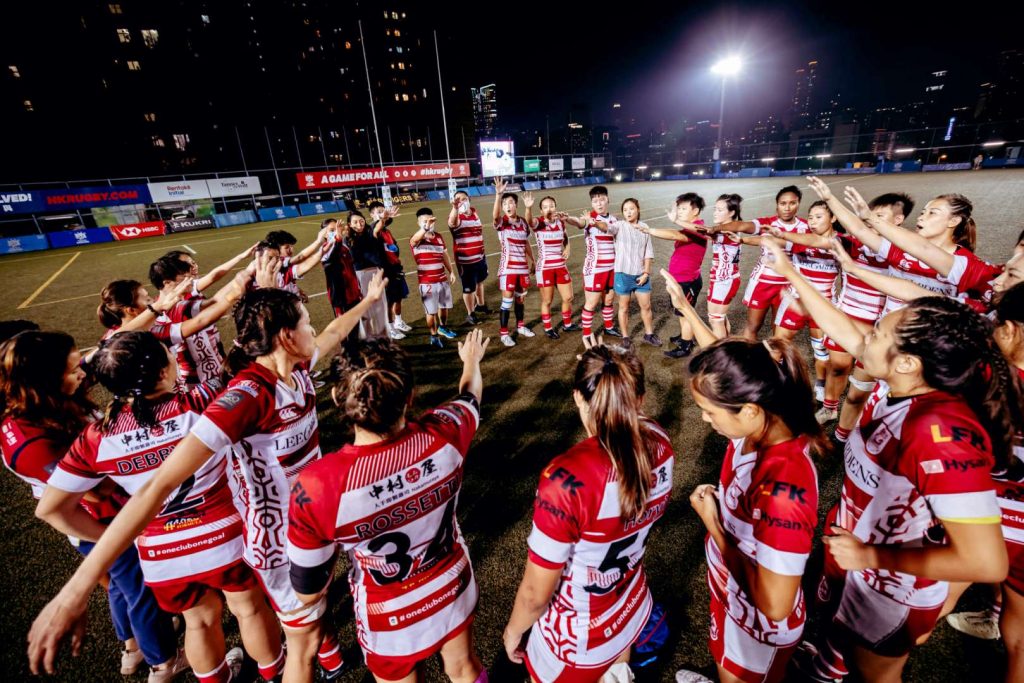 While recognizing that many parents put academic results first, he emphasizes that sport provides young people with a very important outlet for energy but is also a way to vent frustration. “Like I did, they can find release through sport,” says Andy. Being active physically has a psychological effect. “It works on the brain and reduces anxiety and negativity.”

As Fei-mei explains, “It’s very important to get parents’ support.” Training takes place on Thursday nights and weekends and matches are on Sunday. It’s not hard to imagine the concern parents might feel, given all the homework Hong Kong students are given and having to go to school the next day, but Gai Wu teaches more than rugby. It also shows the young players how important time management is.

“When parents hesitate, I call them and I invite them to come and see the training in action as well as the competitions,” Fei-mei goes on. “When they actually see how much the training means to their kids, they are usually fine with it and let them keep coming.”

One boy with a learning and mental disability stands out in Andy’s memory. “He was 14 when he started rugby and it gave him a sense of purpose. Even his younger brother, who had been embarrassed by him in the past, was so impressed. It brought the family together because rugby gave this young boy an outlet to show a natural talent.” Watching the boy play was a revelation. Every classic move came easily to him, as if he had been playing for years. “His confidence grew massively, and seeing this, his mother wept with joy.”

Young people interested in learning rugby can join the club from the age of 15 onwards, but there is no upper age limit. “Even older people can learn touch rugby where there is no physical tackling,” says Andy. “We have pa various ways of recruiting players,” explains Fei-mei. “We do demos and promotions in different primary and secondary schools, including international schools.” 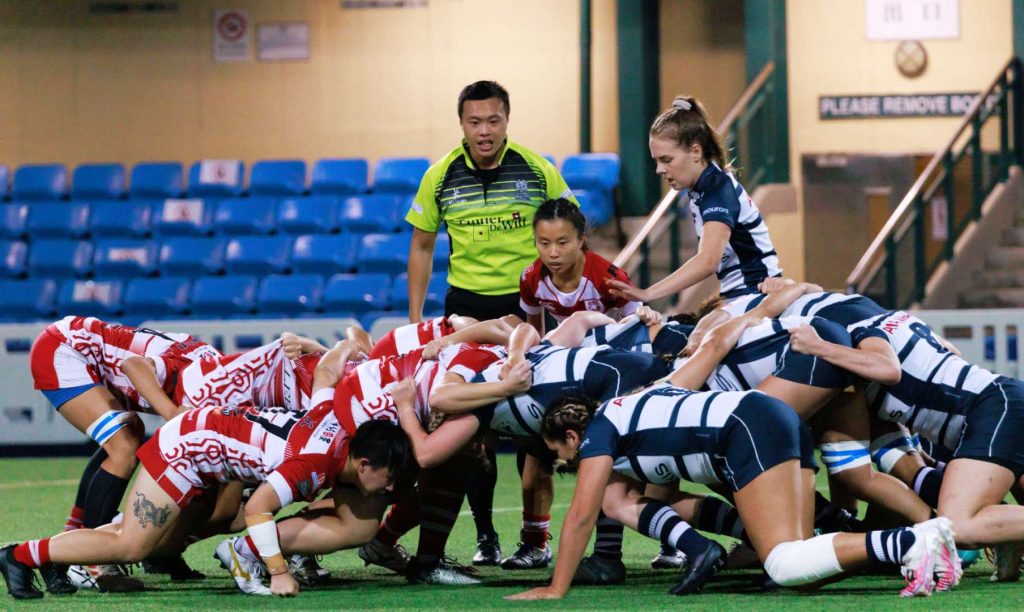 Andy admits that there is a lot of pure physicality in rugby, especially in the men’s teams, and that contact sports like this, while offering a very real way of releasing tension, may not suit everyone. “Our girl players are better at communication while they play. They are good listeners, they talk more and are a bit more careful when reading the game. We are well known for our achievements with girls. They have reached the top in both the Sevens and the 15-a-side teams and over the years we have developed many girl players who have joined the Hong Kong national teams.”

Gai Wu’s multicultural, approach is another winner and regardless of the background of the players, the philosophy is always to focus first on enjoyment and fun. “Once you enjoy your sport, good performance will come naturally,” stresses Andy. The club management is all based on volunteers, like Andy himself. “Only the coaches get paid and they keep their fees very low for us, especially because many of them are our alumni,” says Fei-mei. That’s one reason they can charge so little for training “Just HK$450 a year for youth members and HK$700 for student members.” 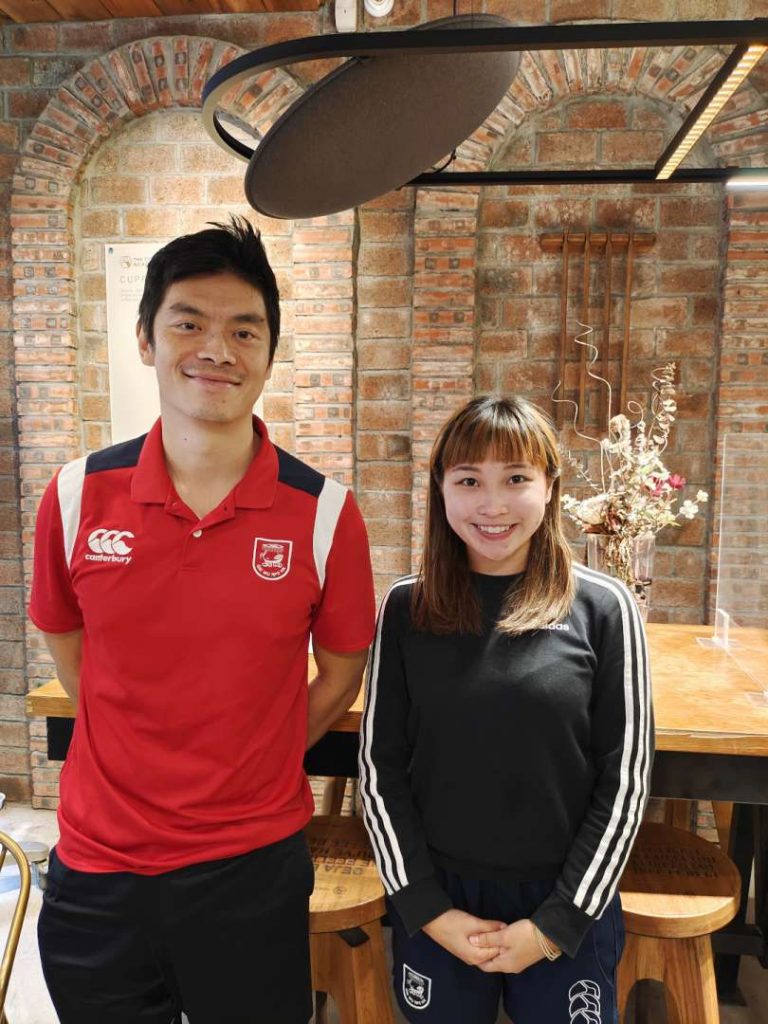 Give it a try

“There was no women’s rugby when I first did a rugby summer school at the age of 20 but I knew some of the male players at Gai Wu. It was hard to find a coach to begin with because the men thought it would be difficult to teach us. It was true that we didn’t have the same foundation as boys who learned when they were young. My message to girls is “Don’t be afraid. Persist and work hard. You can always get up again if you fall down.” 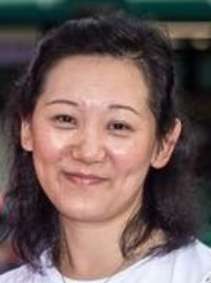