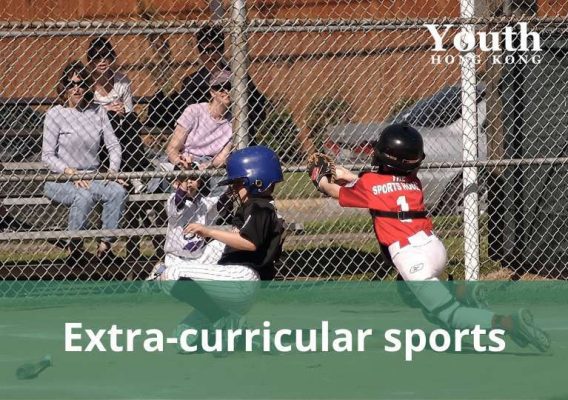 Jennifer has two girls aged 8 and 10

I don’t want my children doing any after school sports. Even before the Covid pandemic, I was never a great supporter of the idea of my children getting involved in sports. Now, with all the rules and regulations about social distancing and basic safety and hygiene, I feel vindicated, especially since you hear so little talk about how the lack of sports has ruined children’s lives.

Actually, I have always considered sport to be something that should be left to those with talent and those who wish to become professionals. I know my children are not in this league, and so why should they waste their time on sports?

First of all, there is a big-time commitment when getting involved in any kind of sporting activity. There is regular training, usually after school and in the evenings. Then there are tournaments which generally take place at weekends. Some of these tournaments can be all-day affairs that leave the children exhausted on what should be their rest days.
With so much time taken up by sports, when will they get their homework done, or be able to attend extra classes for school subjects that they are struggling in? I think out-ofschool sports are a luxury that should really not be imposed on parents or children. They should be left to those who are good at sport or take a serious interest in them.

Some of these tournaments leave the children exhausted on what should be their rest days.

Victoria has a son aged 12

I tend to be ambivalent about sports on the whole. It seems to me to be a waste of time when my child could be doing something far more interesting, like learning a new language or instrument, or even strengthening their understanding of school subjects. I don’t want him learning things like baseball or rugby. What for? They can be dangerous. On the other hand, I know exercise is supposed to be good for health so I don’t mind him being active.

I already have to spend so much money on extra tuition so that my children can remain at the top of their class and also to be competitive. Where – or better still, why – would I waste my money on putting them into some extra sports classes? They already have PE within their school curriculum and when we go out as a family on the weekends, sometimes even to hike, I think they get more than enough exercise. Plus, they are boys, they always seem active and engaged. I don’t think more sport is what they really need as an extra in their lives.

Philip has a son and daughter aged 7 and 10 respectively

My wife and I are not very sporty and, in fact, both of us hated compulsory sports when we were at school. I believe that exercise and being active are important for children, but I also believe that what they are expected to do in school PE lessons is already quite enough. I do not think it is necessary to send the children for extra sports. It is not because of the expense or even the time, we just think it is not something that will enhance their lives in any way. Right now, my son does keep insisting that he wants to join a team, but only because of his friends. We tell him his friends can come over to play anytime; they don’t just have to meet through organised sports.

I never learnt how to swim and was insistent that my children had to learn. The first class I put them in was when they were about four and five. They absolutely loved it! As they got bigger and better, they began to take part in extra training and competitions. The interesting thing is, that once they got to school, they began playing other games and taking part in other sporting activities. The swimming got them started. They were often chosen for school teams and this encouraged them – and me – to find outside classes or clubs where they could hone their skills and get better. My son chose basketball and football, while my daughter took to rugby and tennis. These interests were entirely their own and I am glad that they had the opportunity to expand their abilities.

There are so many positive things to say about sports. Apart from learning how to work in teams; how to win and lose gracefully; how to be respectful and kind. I found that sports actually also taught them time management skills. They both knew the exact amount of time that was required for their training and tournaments, and they found ways to fit in their school work around that. This well-defined sense of discipline will, I believe, stay with them throughout their lives. They also found sport to be a mental de-stresser and a social outlet too. This meant opportunities for them to meet a range of children from different schools, clubs and economic backgrounds. I would always recommend parents to encourage their children to play sports or do some kind of physical activity outside school. The earlier the better.

They found ways to fit in their school work.

My boys have so much energy. I think that if there weren’t involved in sports, they would have torn the house apart! I think sport is a great way for them to get rid of excess energy, especially as they are cooped up in a classroom for most of the day. Sport gives them the chance to be outdoors, to be physical and to learn good values. Fundamentally, sport is character-building.

Both my boys play a number of sports, but unfortunately, due to the reality of the Hong Kong academic world, they can really only choose one sport to focus on as an extracurricular activity outside school. Both boys chose hockey, although they play other games at school as well. Perhaps because their school didn’t offer hockey or perhaps they just saw something on TV. Whatever it was, it was something new for us as parents, but we decided to encourage their interest. Both boys turned out to be pretty good and the enjoyment that they get out of their hockey has made them much calmer, more disciplined and – I believe – well rounded. I would never sacrifice their studies for sports. But at the same time, if they showed real talent, I would do everything in my power to ensure that they didn’t give up the game they seem to love.

Fundamentally, sport is character-building, but I would never sacrifice their studies for sports.

My sons love sports, whether it’s watching, playing or cheering. I enrolled them in sporting activities even before they started primary school. First swimming, then mini soccer and even mini rugby. They enjoyed all of it. Once they got to school, they lost interest in rugby, but continued with soccer, although the younger one loved tackling the other kids!

My older son also began to take his swimming very seriously about four years ago and now gets up early every day and goes for training before school. It is quite a brutal regimen, but he won’t give up. Perhaps watching Hong Kong’s success in the pool at the Tokyo Olympics has given him something to aim for! Whatever the reason, I see how sports has given them both perspective and focus. I am not sure if they would have had this without the discipline and sense of respect for others that sports give them.

They learned how to work in teams; how to win and lose gracefully; how to be respectful and kind.