Educated and empowered for climate action 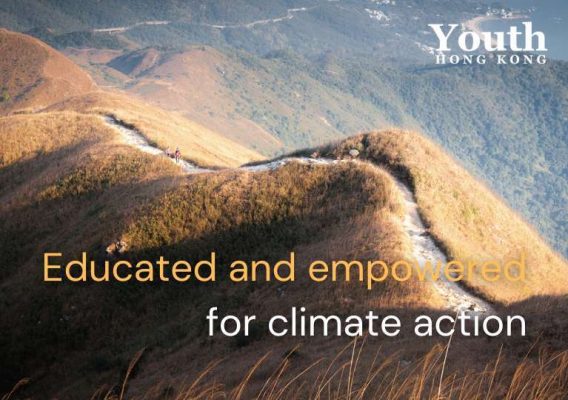 As environmental problems become more and more serious, a generation of dedicated young people is growing up around the world. Their awareness spreads and becomes rooted through environmental education, but what is happening in our home city?

There is a problem of fragmentation within the Hong Kong curriculum, according to both Edward and Natalie of V’air. “Environmental education should be an important part of citizenship education in such a well-developed city as Hong Kong,” Edward stresses. “It needs to keep pace with the era and keep up with social change.”

“Even though elements of environmental education are included, they fail to emphasize the importance of behaviour change,” Natalie points out. She says that the most effective way to reconnect children with nature is the simplest. “Some Hong Kong children today are scared of grass.” They barely come into contact with natural surroundings that can be found in abundance in Hong Kong’s country parks. “As a result, they suffer from nature deficiency.”

A true believer in the power of environmental education from the youngest possible age, Natalie remembers V’air workshops with eager young children learning about biodiversity and urban ecology.

The key to solving environmental issues lies in youth power.

“They had hands-on experiential learning with the trees and leaves in their neighbourhood.” As she says, “Trees play an essential role in the livability of our city and help to moderate micro-climates.” Children are fascinated by them and eager to explore through all their senses.

“They had hands-on experiential learning with the trees and leaves in their neighbourhood.” As she says, “Trees play an essential role in the livability of our city and help to moderate micro-climates.” Children are fascinated by them and eager to explore through all their senses.

“Across bureaus, the government should take courage, face the difficulties, plan the content and scope of environmental education, and integrate it with experiential activities,” he continues. Through outdoor education, students can establish a relationship with nature, forming the basis for environmental awareness and a sense of conservation for the next generation.

Young Swedish environmentalists have been in the news around the world but now it is the turn of our local advocates. They start young, as Natalie did. Her inspiration comes from her primary school project competition with the Hong Kong Observatory. In an interview lined up with a polar explorer, she learned about rising sea levels caused by climate change. She realized the danger this poses for Hong Kong and has worked hard to bring this to the attention of others, from her peers to the relevant government departments responsible for a climate action plan that will protect Hong Kong’s coastlines.

“The key to solving environmental issues lies in youth power” Edward points out, “I think that the government should be determined to design a comprehensive environmental education programme that integrates classrooms, indoors and outdoors, campuses and communities.” 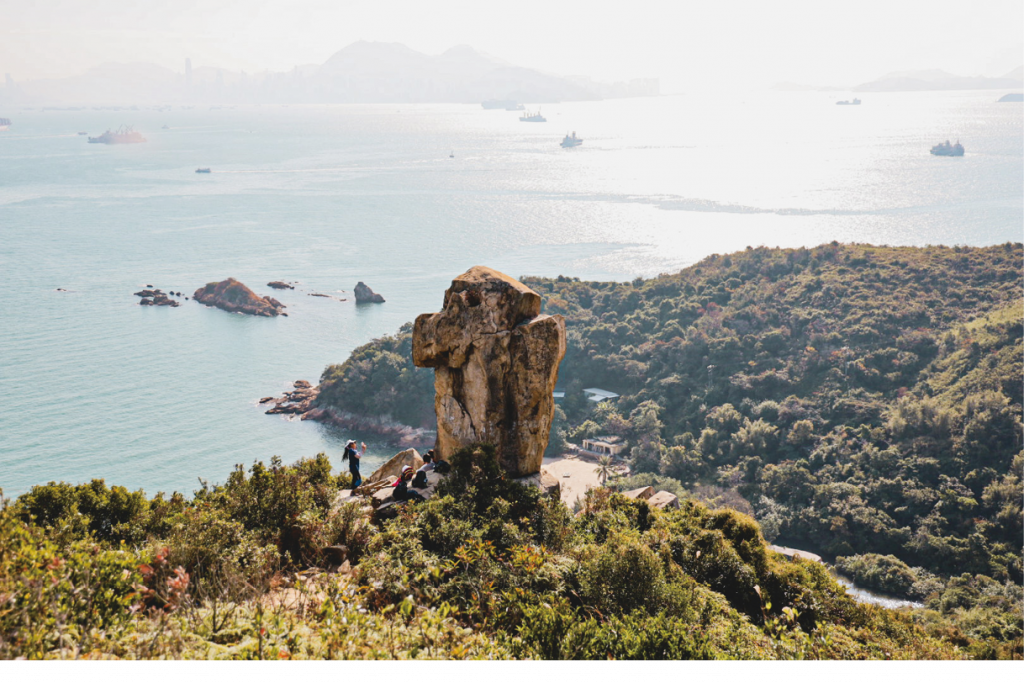 The next important step, says Natalie, is to connect environmentally-aware young people not only with the local government bureaus and departments, but also with one another and with their active young counterparts overseas. To achieve this, she turned to LCOY, the Local Conference of Youth for Climate Change.

Taking up the UNFCCC* call for the “Race to Zero” and “Green Recovery”, CarbonCare InnoLab (CCIL), together with Hong Kong Youth for Climate Action, organized the first ever virtual Local Conference of Youths in Hong Kong (LCOY HK) in 2020. “This platform is for the young people who want to get involved in climate change, to connect and empower each other,” Natalie explains.

CCIL then launched a Green Recovery for Community Programme with a view to promoting climate action in Hong Kong, a city at high risk for increasing incidences of extreme weather and flooding from mean sea level rise.

As spokespersons for aspects of environmental awareness that range from the circular economy to the climate injustices being suffered by people in hot sub-divided flats in Hong Kong, Natalie and Edward are in the vanguard. They are keen to provide exposure to international climate negotiations for youths in Hong Kong, which has been historically left out in the scene. It is crucial for the young generation to understand they have a stake in the national carbon neutrality commitment announced in September 2020. “To solve imminent environmental problems, we are convinced that a small step taken by everyone will be much more effective than a big step taken by a few professionals.”

V’air is a Hong Kong youth organization, the name of which sounds like green in French: “vert”. It promotes low-carbon local travel, works with international youth climate bodies on climate policy, runs workshops for children and teachers, and organizes local eco-tours. It uses online media and offline action to raise public awareness.

Its story begins with the United Nations Climate Change Conference (COP21) in Paris in 2015. On the eve of the conference, a group of dedicated young people were chosen to participate in the Hong Kong Sustainable Campus Consortium COP 21 Challenge sponsored by the French Consulate and hosted by the Sustainability Office.

Natalie Chung was among them and V’air was launched. Like-minded partners such as Edward Choi joined her. Having graduated from the Chinese University of Hong Kong, Natalie is now doing an MPhil in Environmental Change and Management at Oxford while Edward has been accepted to do an MSc in European and International Public Policy at the London School of Economics this September. 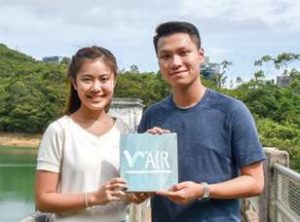